Anti-lock braking is crucial for safe driving. They help prevent your car’s wheels from locking as the vehicle grinds to a halt, and this can deter skidding in icy conditions. It’s no wonder that modern vehicles provide this amenity as standard equipment.

Below, we take a look back at the history of this essential safety feature.

According to information published by Road & Track, the application of the anti-slipping technology that gave birth to anti-lock brakes first occurred in the railway and aviation industries prior to World War II. By the 1950s, the Royal Air Force was using this technology to bolster the braking performance of its airplanes.

Given that it was one of the most innovative technologies of its time, it’s not surprising that these brakes eventually showed up on one of the world’s most groundbreaking airplanes. An electronically controlled anti-lock braking system was employed by the Concorde, a jet capable of traveling at over twice the speed of sound.

Automakers were interested in harnessing this exciting technology, but there was one big hurdle to overcome: cost. Anti-lock braking technology was initially quite pricey to produce. This wasn’t a huge issue when crafting an expensive jet like the Concorde, but if the brakes were to successfully migrate to passenger cars, engineers would need to figure out how to dramatically lower costs. 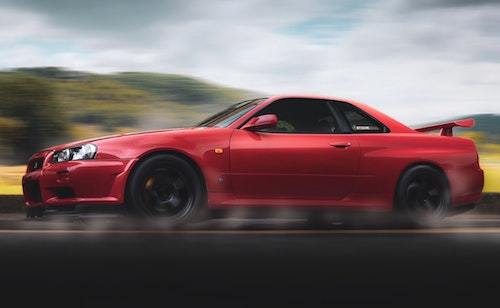 Road & Track reports that the Germans were the first to tackle this challenge. In 1953, Hans Scherenberg, head of design at Mercedes-Benz, applied for a patent for a technology designed to keep hard braking from locking up a car’s wheels. Mercedes-Benz worked on fine-tuning this innovation throughout those early years, and in 1970, it presented the technology to the media at a German test track.

Meanwhile, American automakers were working just as hard at getting their own anti-lock braking technology to the market. The following U.S. companies led the charge:

During the 1970s, Japan’s Toyota and Nissan also introduced their own versions of this technology.

Today’s anti-lock brakes have benefited from developments that make this technology more effective. Digital-age anti-lock sensors and processors are used to add efficiency and precision, and this has boosted braking performance in significant ways. The National Highway Traffic Safety Administration made stability control and anti-lock brakes mandatory on all passenger vehicles. You’ll find this them in everything from family-friendly minivans to sports cars with massive amounts of horsepower under the hood.

The future of anti-lock braking is electric. To meet stringent emission regulations, automakers are widening their range of electric cars and hybrids. These vehicles use systems that meld innovations like regenerative braking with the anti-lock technology that got its start several decades ago.

Anti-lock braking has come a long way since it first emerged as an amenity for bringing trains and planes to a halt. Today, this feature is a vital part of the modern driving experience.

Check out all the brake system products available on NAPA Online or trust one of our 17,000 NAPA AutoCare locations for routine maintenance and repairs. For more information on anti-lock braking systems, chat with a knowledgeable expert at your local NAPA AUTO PARTS store.