Most modern vehicles are equipped with one, but what does a timing belt do? A critical component enabling your engine to run, the timing belt purpose is to keep a car’s camshaft and crankshaft turning at a synchronized rate. If it fails, your car will suddenly shut down, perhaps when you are driving. In a worst case scenario, the engine may become damaged, leading to thousands of dollars in repairs. Changing your belt before it breaks should be the goal of every car owner. 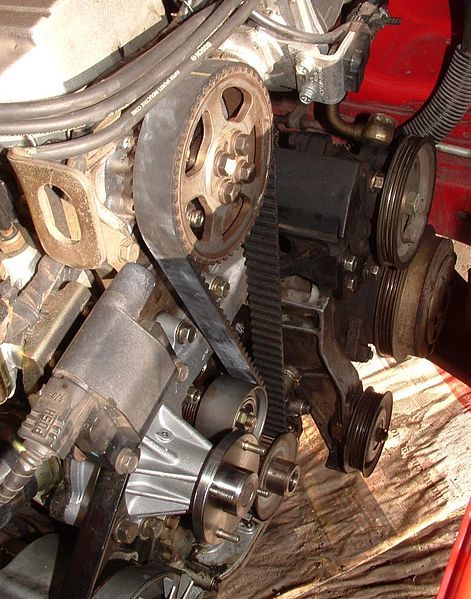 By the 1970s, car manufacturers began to use belts instead of timing chains in an effort to reduce vehicle weight and improve fuel economy. Timing chains are heavier and more durable than belts and are lubricated by the same oil found in your engine. Therefore, just as it is important to change the motor oil to protect an engine, that oil lubricates the timing chain still used in certain vehicles.

Change Your Car Timing Belt … or Else

Changing your car timing belt on a regular basis is a must. If the belt snaps, engine damage could be extensive, especially in cars outfitted with an interference engine.

An interference engine lacks sufficient separation between valves and pistons if the cam stops turning, possibly resulting in bent intake valves or a broken piston. Such damage can be financially catastrophic, requiring thousands of dollars in repairs or a complete engine replacement. If your car has a non-interference engine, you won’t experience engine or valve damage. Replace the belt and your engine should run fine.

Your owner’s manual provides a maintenance schedule, including belt replacement. Typically, that schedule ranges from 60,000 to 100,000 miles. But always replace the belt if you begin to notice a high-pitched sound such as shrieking or wiring emanating from underneath the hood. Also, you can visually spot problems such as spotting, staining or fraying — clear signs that the belt is about to break. If the belt is ready to quit, you may have difficulty starting your car.

When replacing your belt, tensioners and pulleys are typically replaced as well. Further, if the belt also drives the water pump as it does in most vehicles, replacing the water pump at the same time certainly is cost effective from a labor standpoint. Just like a timing belt, the labor cost for replacing a water pump may be significantly more than the cost of the part.

Check out all the belts and hoses available on NAPA Online or trust one of our 17,000 NAPA AutoCare locations for routine maintenance and repairs. For more information on the timing belt function or replacing a timing belt, chat with a knowledgeable expert at your local NAPA AUTO PARTS store.