Gilliland, driving the No. 16 NAPA AUTO PARTS Toyota Camry, pulled away after multiple late-race restarts to edge his 15-year-old teammate at Bill McAnally Racing, Derek Kraus, who finished in the runner-up spot in just his second series start.

“The first half we tried to save our tires as much as we could,” said Gilliland, who won his eighth career series pole in qualifying and went on to lead 72 laps. “We didn’t make any adjustments for the second half. From there, we started to pick up the pace a little bit. When we got to the lead, we tried to back it up – but it was hard with my teammate Derek Kraus right there on my bumper.

“We had some really fast Toyota Camrys here tonight,” he said. “It’s something we’re going to keep moving forward with – BMR with a front row start and 1-2 finish for a second straight week.” 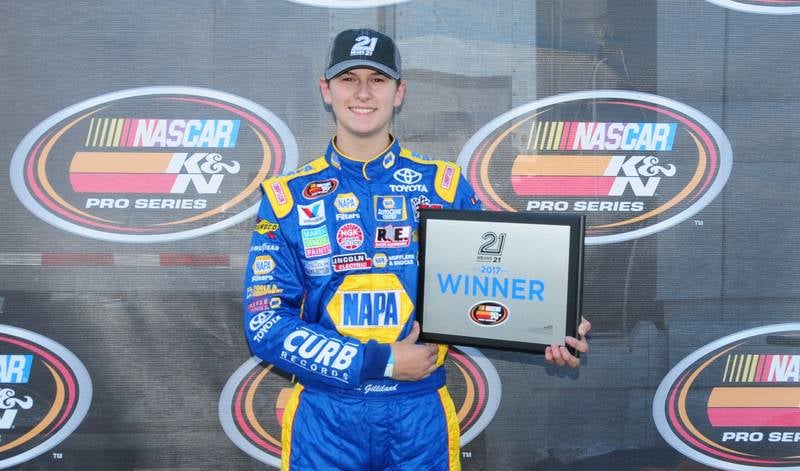 Kraus, in the No. 19 Carlyle Tools / NGK Toyota Camry, shadowed Gilliland for much of the race.

“We started sixth and moved up quickly,” Kraus said. “Our Carlyle Tools / NGK Spark Plugs Toyota was really good at the beginning of the race. It fell off a little bit, got a little tight. At the break, we fixed it a little for the first 10 or 15 laps, but it got tight again and kind of wore the right front tire. That’s what made the difference at the end of the race.

“We’ve got a really good BMR team,” said the second-generation driver from Stratford, Wisconsin. “The crew is really good and that helps me a lot, along with Bill’s confidence in me.”

A third BMR driver, Chris Eggleston, started alongside Gilliland on the front row. Eggleston – the 2015 series champion from Erie, Colorado – opted to drop back through much of the race and then made a late-race charge to finish fourth in his No. 99 NAPA Filters/H20 Fire Protection Toyota Camry. 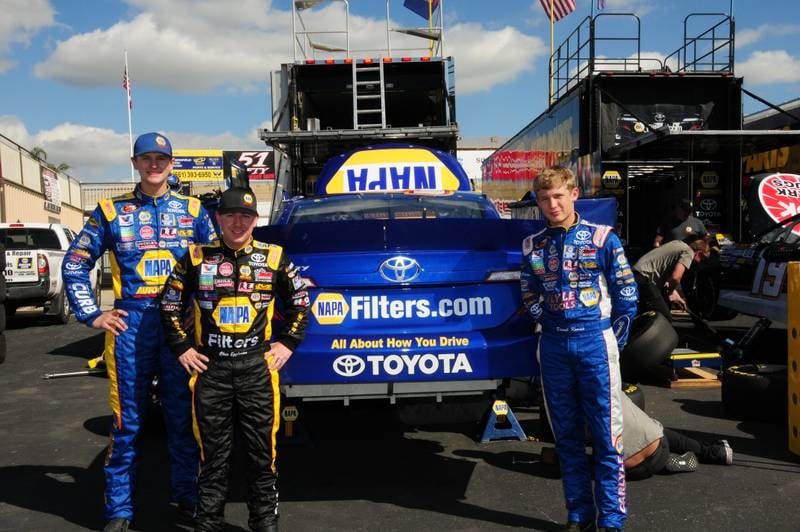 Following races at Tucson (Arizona) Speedway and Kern County Raceway, the NAPA 500 Challenge continues as the series heads to Southern California’s Irwindale Speedway for a doubleheader, with twin NAPA 100s on Saturday.

Gilliland leads the championship standings, with two races complete of a 14-event schedule. Eggleston is two points back in second, with Kraus 10 points out of the lead in third. 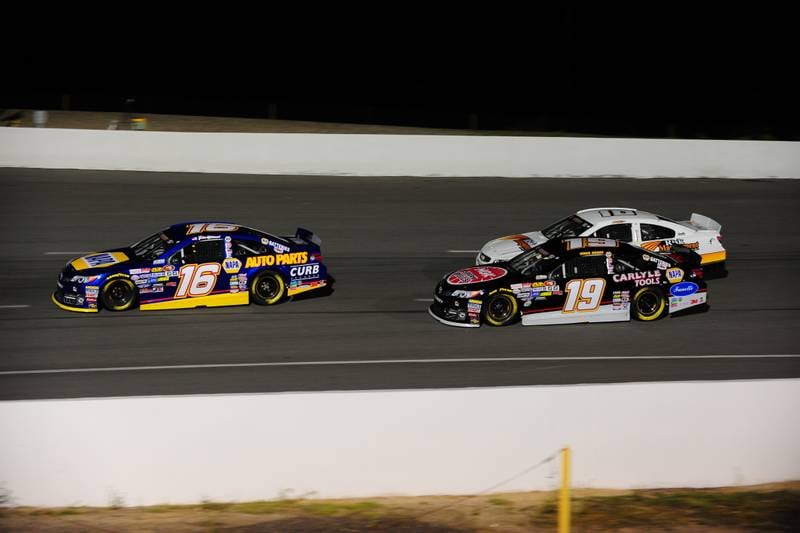 Preliminary activities at the Kern County track included the BMR two-seater NAPA Toyota providing NAPA guests with a lap around the speedway earlier in the day.

The NAPA AUTO PARTS 150 from Kern County Raceway, the sixth visit to the track by the series, is scheduled to be televised on NBCSN on March 28 at 4 p.m. PT.

The series will return to KCRP in November to wrap up the 2017 season and crown a champion.