The past week introduced the World of Outlaws Sprint Car Series to the start of their first East Coast swing. Most Pennsylvania tracks are between 3/8- to 1/2-mile long, with long straightaways and short corners, a configuration that has challenged Brad Sweet and the No.49 NAPA AUTO PARTS team. The competition between the World of Outlaws and the PA Posse has evolved into a historic rivalry over the years. 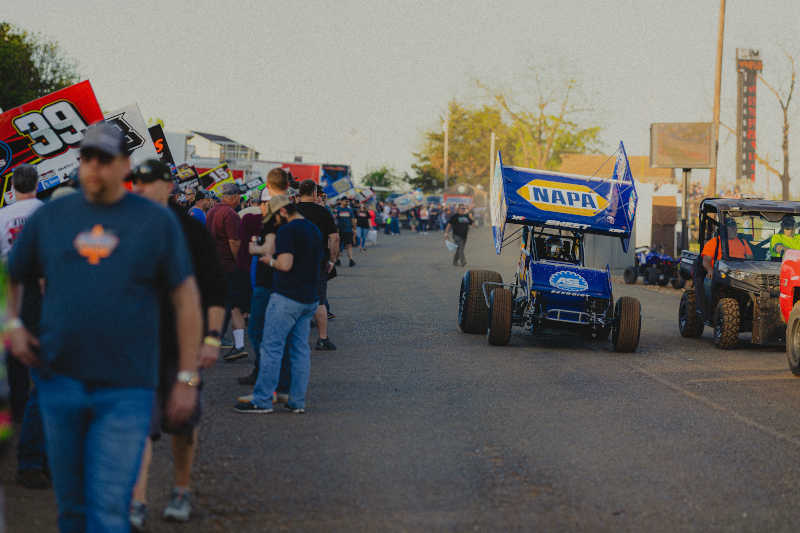 Wednesday night took the team to the 3/8-mile of Lincoln Speedway, where Sweet has previously been victorious. With 55 cars in attendance and standing room only, Sweet drew to qualify 19th in Flight B. After going out towards the end, the NAPA No.49 qualified fifth at 13.355 seconds, scheduling him to start third in Heat Race #3. Once heat race action was underway, the Big Cat pushed his way to a second place finish, cashing his ticket to the Fast Pass Dash. During dash drawing, Sweet stated, “It’s a heck of a field of cars, a heck of a crowd.” 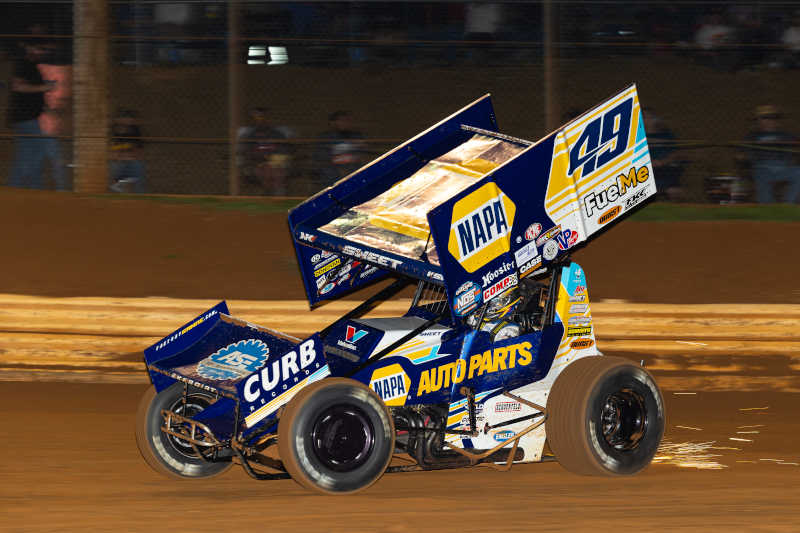 The NAPA AUTO PARTS No.49 was scheduled to start sixth in the dash. At the drop of the green flag, the No.49 setup was off just a touch, causing Sweet to fall back to P8. Finishing eight, he lined up in the same position for the start of the A-main. Once the field was set and the green flag dropped, the track conditions quickly began to change, which continued throughout the 30-lap main event. While Sweet remained consistent the majority of the race, one competitor managed to pass, forcing him to bring home a 9th place finish. Taking the track conditions as a learning opportunity, Sweet stated, “The track is different every time we come here.” 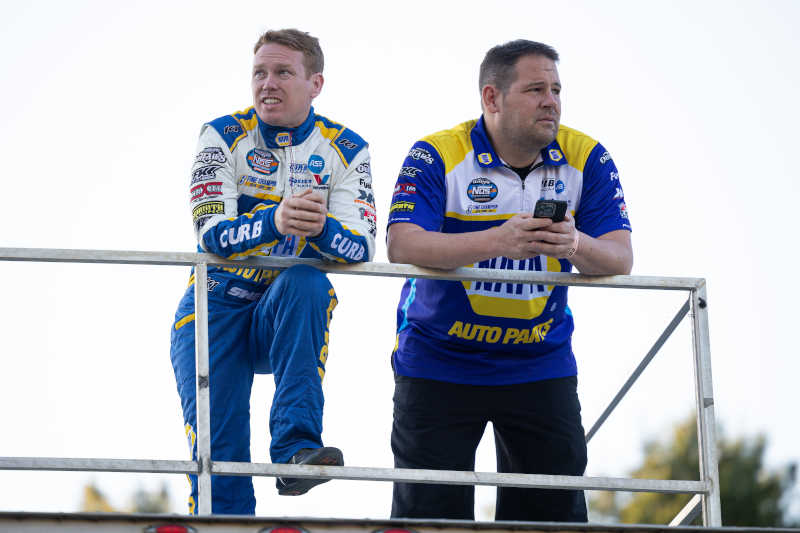 On Friday, the team was scheduled to race at the iconic Williams Grove Speedway for the Morgan Cup. However, after three attempts at getting the track run in, persistent rain showers forced the World of Outlaws to cancel the event for the evening. 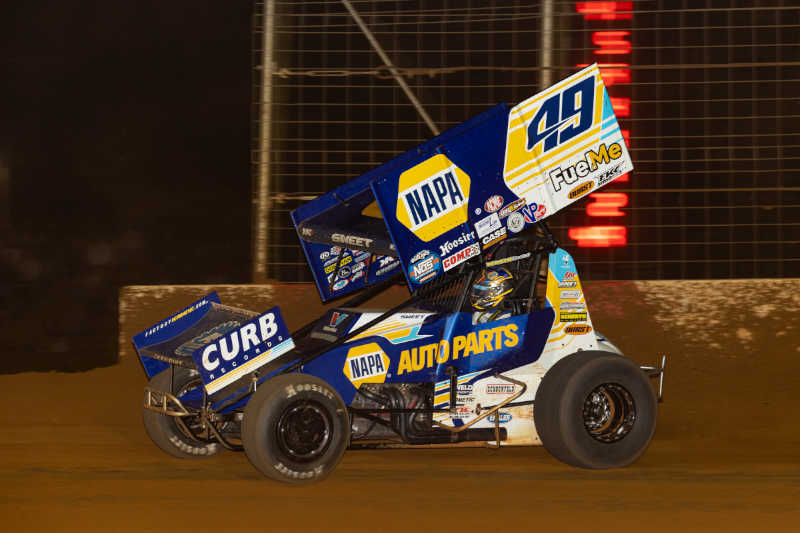 Saturday’s weather improved somewhat but also produced a late afternoon shower. However, racing action was still on. Sweet was scheduled to qualify first in Flight B where, yet again, he qualified fifth at 16.756 seconds. Sweet then lined up third in Heat Race #3. Sweet started off strong at the draw of a stacked heat race, and the field quickly began to spread out. Coming home in a third-place finish, this slated the NAPA No.49 to start 10th for the A-main event. 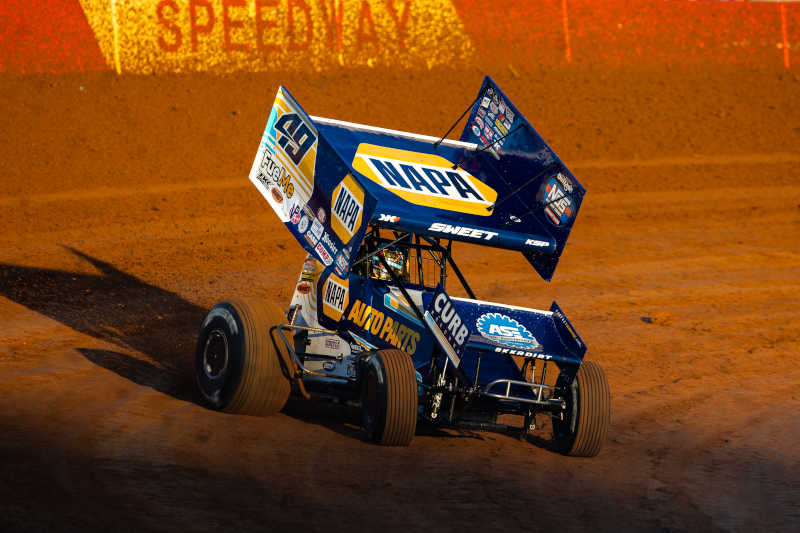 At the drop of the green, the track was fast and narrow. The NAPA No.49 started off consistent, but it was not long before the track widened out and the cushion began to move up the track. With that, the No.49 came to life. Sweet began making strides forward, one by one. After 30 laps around the circuit, the Big Cat brought home a solid seventh place finish.