Chase Elliott clinched his first regular season championship during Sunday’s NASCAR Cup Series event at Watkins Glen International with one race remaining before the playoffs get underway. Elliott finished fourth in the race after earning the pole for the 90-lap event. It was his 10th top-five finish of the season and his fourth consecutive top-four effort at the track. The 26-year-old driver had a fast car and spent the majority of the race towards the front of the field, leading for a total of 29 laps. 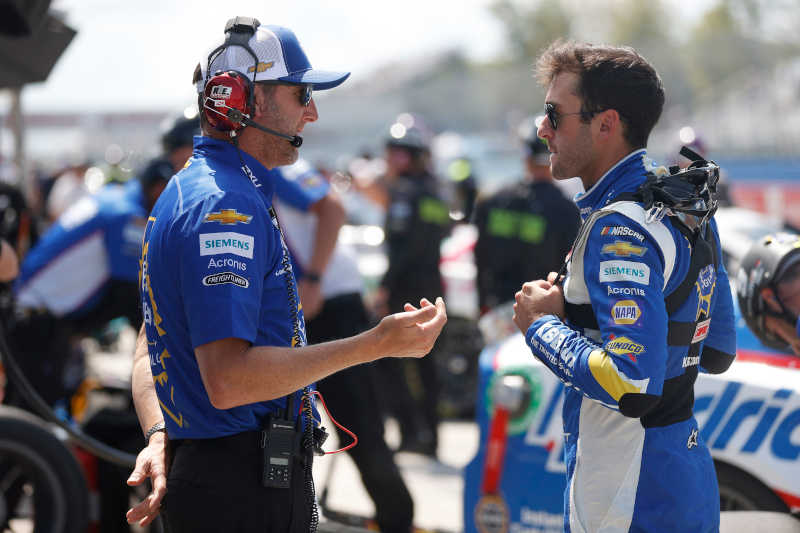 After weather in the area subsided, teams put on rain tires for the opening portion of the race since the track was rain-soaked. Elliott took the green flag from the top spot and held onto the lead for the first three laps before dropping back to third, not wanting to overdrive his car on the wet surface. Elliott was scored in the fourth position when teams started making pit stops for slick tires around lap 10. As part of the No. 9 Kelley Blue Book team’s strategy, Elliott remained on the track until pitting for four fresh slick tires on lap 18. Back out on the track, he was scored in 24th and gained one more spot to end the first stage on lap 20 in the 23rd position. 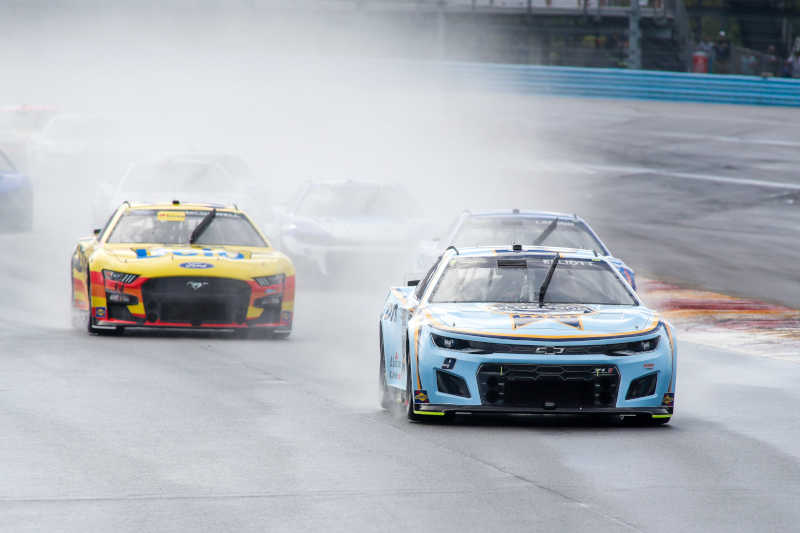 Staying out during the stage-ending caution, Elliott lined up 12th to start the second stage on lap 23. The 26-year-old driver made quick work of the cars ahead of him, driving up to fifth by lap 32 and moving into the fourth position just two laps later. Elliott remained in the fourth position to close out stage two on lap 40. 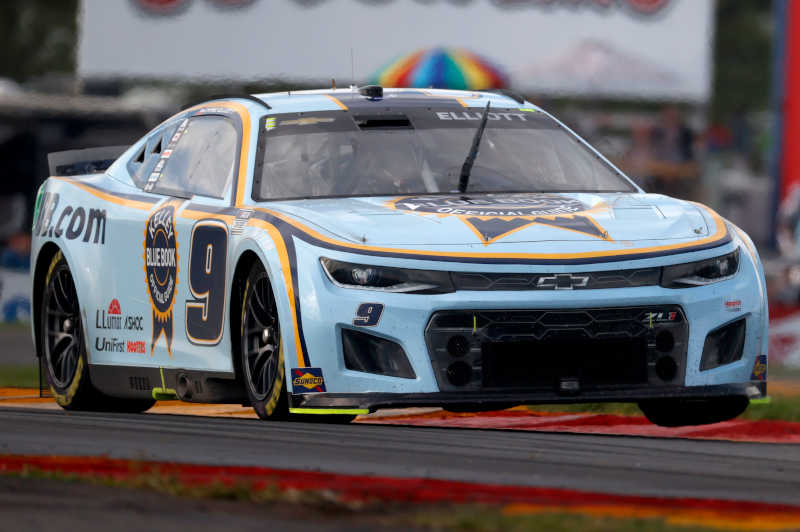 Crew chief Alan Gustafson had the team on a two pit stop strategy for the race, so Elliott and the No. 9 Kelley Blue Book Chevrolet Camaro ZL1 stayed out on the track prior to the start of the final stage. The Dawsonville, Georgia, native took the green flag for the final stage from the front row and was running in the second position when the caution flag waved on lap 45. Restarting second on lap 48, Elliott powered his way back to the lead just one lap later. Shortly after, teams started making their way to pit road. Gustafson called Elliott in for the No. 9 team’s second and final pit stop of the race on lap 58. He was scored in the sixth position once back out on the track, but the cars ahead still needed to make their stops. Elliott retook the lead with 18 laps to go and held point until the caution came out with just 12 laps remaining. Elliott held onto the lead after the restart with nine laps left, but another caution came out and set the field up for one final restart. 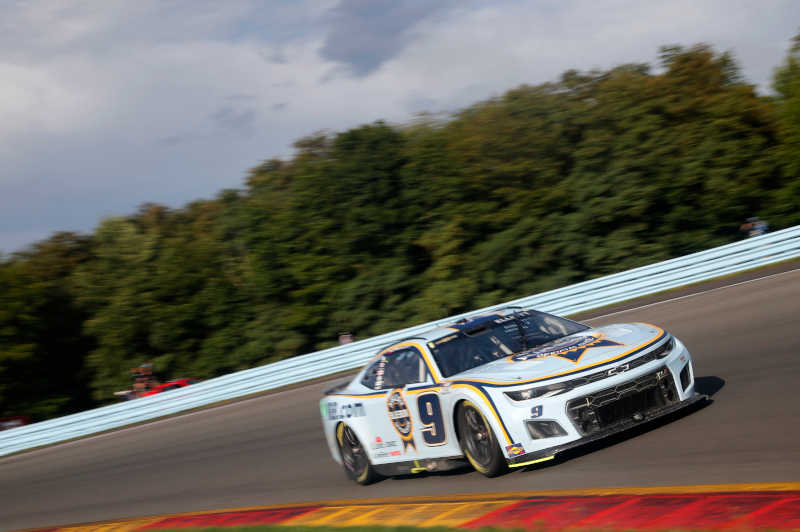 Elliott led the field back to the green flag with just five laps remaining and fought hard to hold onto the position but lost the lead coming out of turn one. He ultimately took the checkered flag in fourth. Elliott’s Hendrick Motorsports teammate Kyle Larson earned the victory. 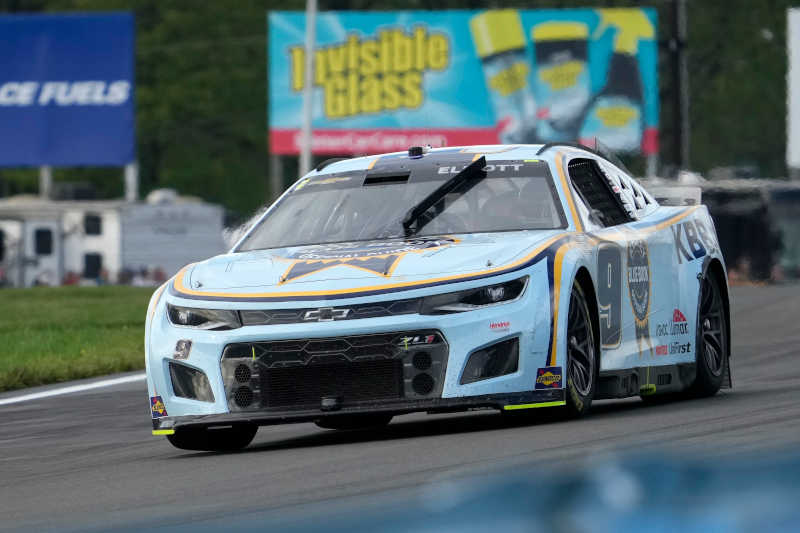 Elliott leaves Watkins Glen as the Cup Series regular season champion and secured 15 additional playoff points. There’s just one race left before the playoffs get under way at Darlington Raceway. 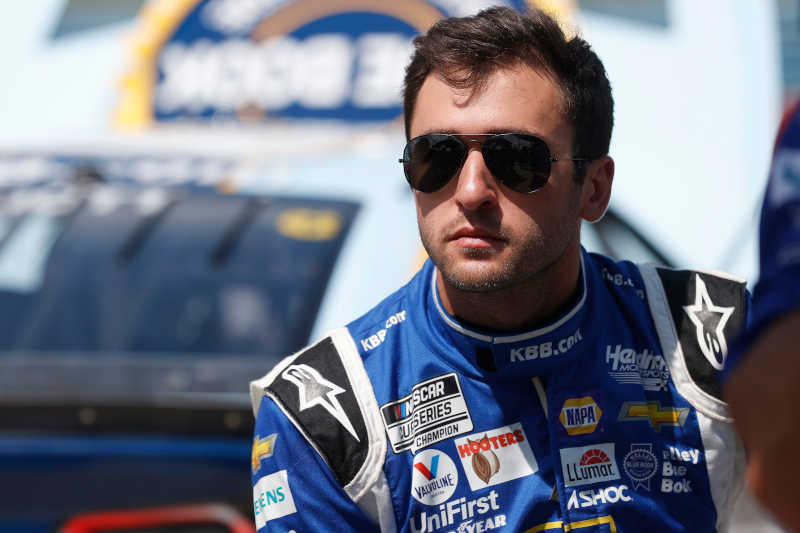 “Just a huge congratulations to Kyle (Larson) and everybody on the No. 5 team. Congratulations to everybody at Hendrick Motorsports on getting another win,” said Elliott. “Appreciate Kelley Blue Book for being on our car this weekend. I’m looking forward to Daytona and trying to get one for our team.”

Next Race: Saturday, August 27, Daytona International Speedway
How to Watch or Listen: 7 p.m. ET on NBC, MRN and SiriusXM