This past weekend took Brad Sweet and the NAPA AUTO PARTS No.49 team to Jackson, MN, to compete in the AGCO Jackson Nationals for $25,000 to win. On Thursday afternoon, as the World of Outlaws Sprint Car Series was set to begin motor heat, Mother Nature swept through and dumped enough rain to cancel the night’s event. The same forecast for the raceway was predicted for Friday. With the anticipation of an evening full of rain, the series decided to postpone the event until the following day. 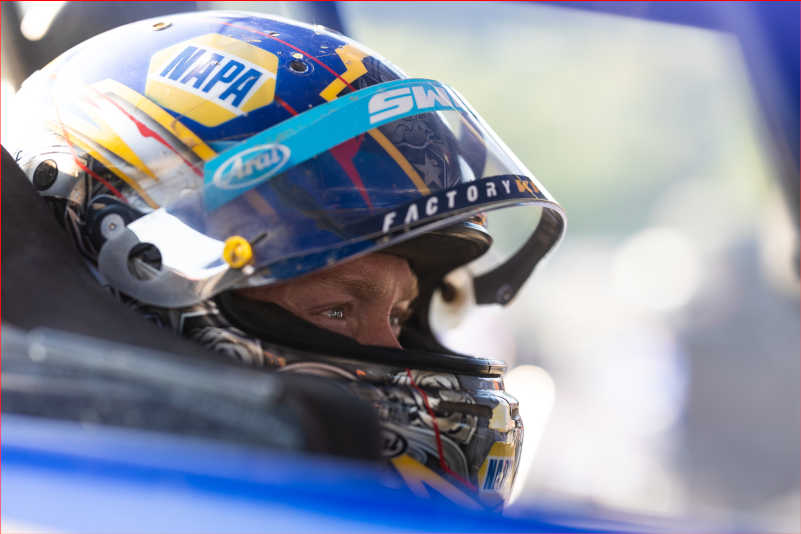 Saturday hosted a doubleheader; Friday’s event would run during the day, and the evening event was scheduled to begin a few hours later. For the day show, 40 cars signed into competition with the Big Car set to qualify ninth in Flight A.  Hitting the charts at 12.878 seconds placed Sweet seventh in Flight A, slating him to start fourth in Heat Race 1. As the heat race went green, Sweet went to the middle, gaining immediate speed. As he entered turns 3 & 4, Sweet went down low, making the pass for third place. With four laps left, the No.49 searched multiple lines but ended up coming home in third place as the surface began to take rubber. Next up was the 25-lap A-main event, following a quick surface rework. 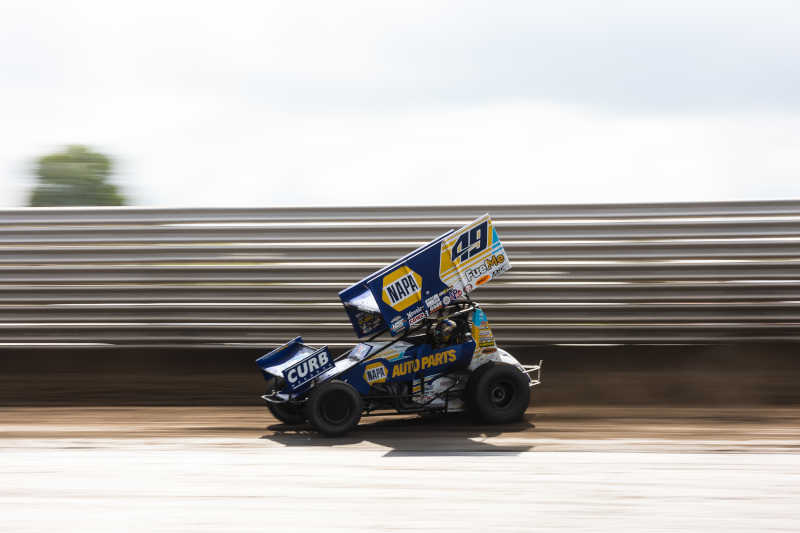 The caution lights went out on the A-main and the field took the green flag. Maneuvering through traffic, Sweet was working towards the front until lap three, when he and James McFadden made contact after Sweet was out of sorts coming off of turn 4. After the caution was displayed, the field lined up side by side to go back to racing. Sweet moved up to the top side, attempting multiple slide jobs through the hornet’s nest. As he was running eighth, Sweet’s tire slowly began to go down. Hanging on with everything he had, Sweet fell back to 11th, where he finished. After a tough afternoon, the team had a chance to regroup before the evening show. 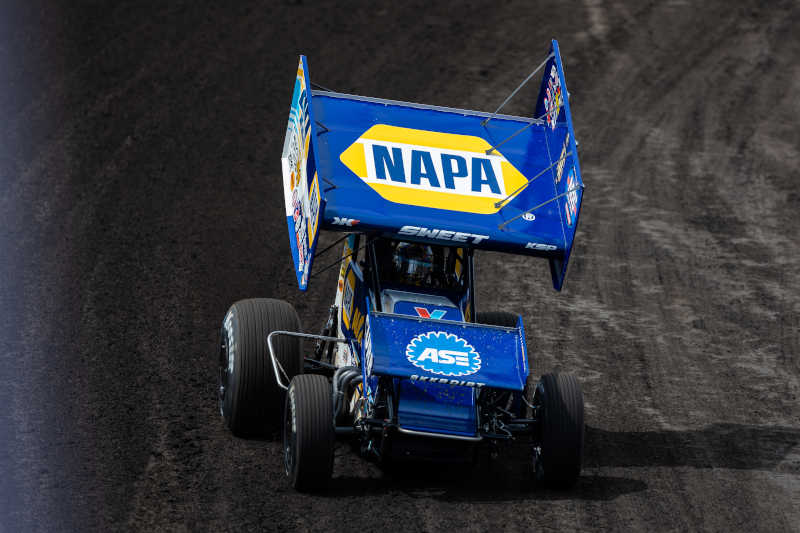 As the evening kicked off the 44th Annual AGCO Jackson Nationals, only 38 cars signed into competition. Sweet was slated to qualify ninth, where he stopped the clock at 13.256 seconds, placing him second overall. With an invert of 8, the NAPA No.49 was scheduled to start eighth in Heat Race 3. As this event was a points-based format, the Big Cat would need to pass as many cars as possible. The field lined up side by side, and the green flag waved. Immediately, Sweet began passing cars. Within two laps, the Big Cat moved from eighth up to second. Trying to catch the leader, Sweet ran out of laps and brought the No.49 across the line in second. 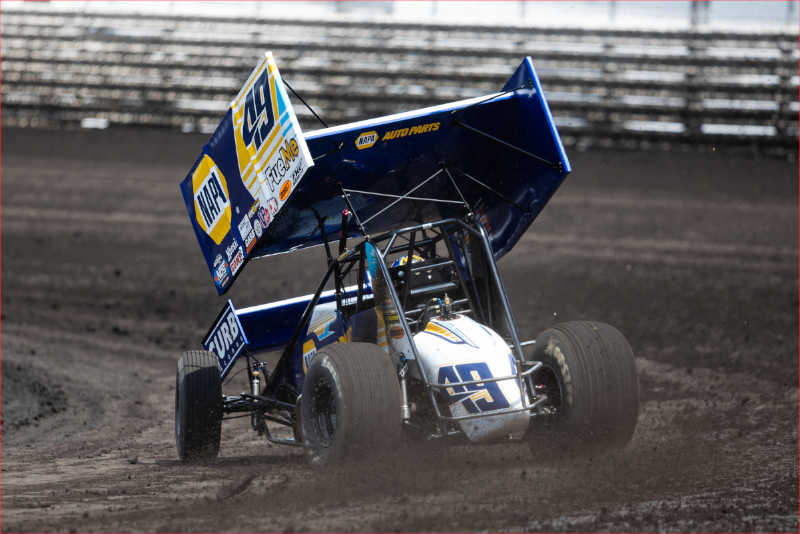 Next up was the King of the Hill Challenge to determine where Sweet would start in the main event. Because he had a higher set of points, Sweet went out towards the end. Sweet posted third-quickest, which placed him third to start the 35-lap A-main event. 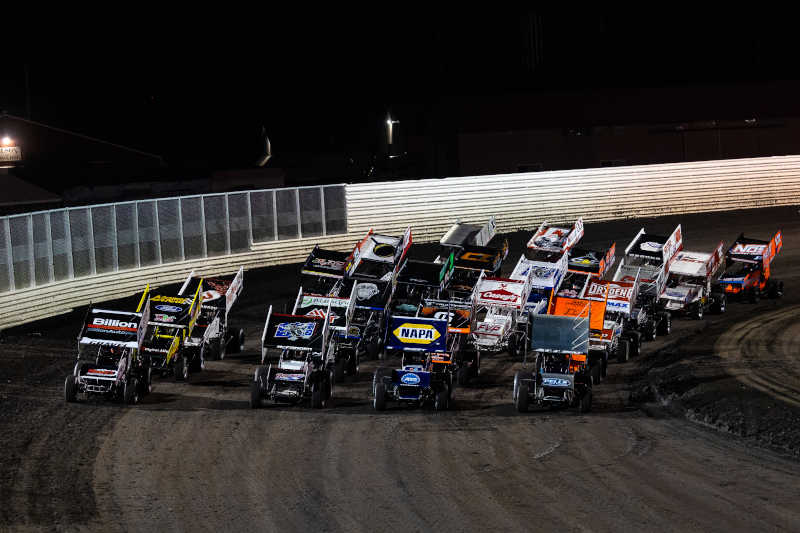 When the caution lights went out, the race was underway for $25,000 to win. Running the low line to the berm and switching lanes to go up top, the Big Cat gave it all he had. With the amount of moisture in the track, the No.49 searched for the best line possible. With
the current setup and the track conditions not changing the way he had hoped, Sweet fell back to the eighth position, where he ultimately finished. The unexpected track conditions gave the team a chance to learn and better understand Jackson Motorplex for future events at the 4/10-mile track.