National Teen Driver Safety Week, which runs October 20-26, 2019, reminds parents and teens that safety behind the wheel is a top priority year-round. Did you know motor vehicle crashes are the leading cause of death for 14- to 18-year-olds in the United States, or that a 16-year-old is 20 percent more likely to be killed in a crash than an adult? The numbers make it clear: Crash risks are higher during the first months of licensure.

“The major reasons for these higher crash and fatality rates boil down to inexperience, immaturity and a greater willingness to take risks,” explained David Strickland, former Administrator for the National Highway Traffic Safety Administration (NHTSA), during a Students Against Destructive Decisions (SADD) briefing in 2013.

Fortunately, crashes and casualties can be prevented. Take a few moments during National Teen Driver Safety Week to discuss these safety topics with your young driver and encourage them to practice safe driving. 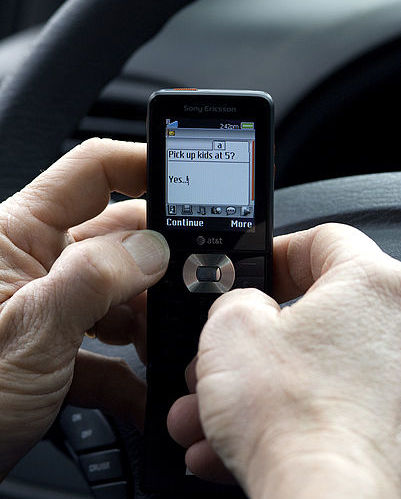 Distraction.gov says 3,166 people were killed in distracted driving crashes in 2017. Eliminate temptation by keeping your phone out of reach while driving. While texting and dialing a phone obviously interfere with a drivers’ ability to pay attention, playing with the radio, grooming, eating or drinking and talking to passengers are also distractions.

Strickland reminded teens that they “play a pivotal role in educating their fellow students and convincing their peers to not speed, to not drink and drive, to not drive distracted and to wear a seat belt.”

After distracted driving and impaired driving, speeding is the third leading contributing factor to crashes; it’s a factor in about one-third of fatal crashes involving young drivers. A 2012 AAA Traffic Safety Foundation study revealed 52 percent of drivers said they had driven 15 miles per hour over the speed limit on a freeway in the past month and nearly 25 percent said they consider it okay.

According the Center for Disease Control, 15 percent of drivers aged 15-20 involved in fatal motor vehicle crashes in 2016 were drinking. In a 2017 survey, 16.5 percent of teens reported that, within the previous month, they had ridden with a driver who had been drinking alcohol, and 5.5 percent reported having driven after drinking in the past month.

Seat belts are the single most effective safety technology ever put in a vehicle, but they can’t protect you if you don’t use them. Compared with other age groups, teens have the lowest rate of seatbelt use. In 2017, only 59 percent of high school students reported always wearing seat belts.

6) Limit Driving at Night and Weekends

Dark conditions combine with a teen’s lack of driving experience to make night driving especially dangerous: In 2016, 49 percent of teen deaths from motor vehicle crashes occurred between 3 p.m. and midnight, and 53 percent occurred on weekends.

Graduated driver licensing programs in most states already limit the times of day that new drivers are allowed on the road. However, because such a high number of teen deaths from motor vehicle crashes occur on Fridays, Saturdays and Sundays, limit your teen’s driving on weekends as well.

Check out all the maintenance parts available on NAPA Online or trust one of our 17,000 NAPA AutoCare locations for routine maintenance and repairs. For more information on teen driver safety tips , chat with a knowledgeable expert at your local NAPA AUTO PARTS store.

Brandy A. Schaffels View All