Brad Sweet and the NAPA AUTO PARTS Kasey Kahne Racing (KKR) team returned to action over the weekend as the World of Outlaws took on Dodge City Raceway Park on Friday and Saturday evenings. The track in Kansas is one that Sweet has been successful on, most recently when he captured a win in 2019. 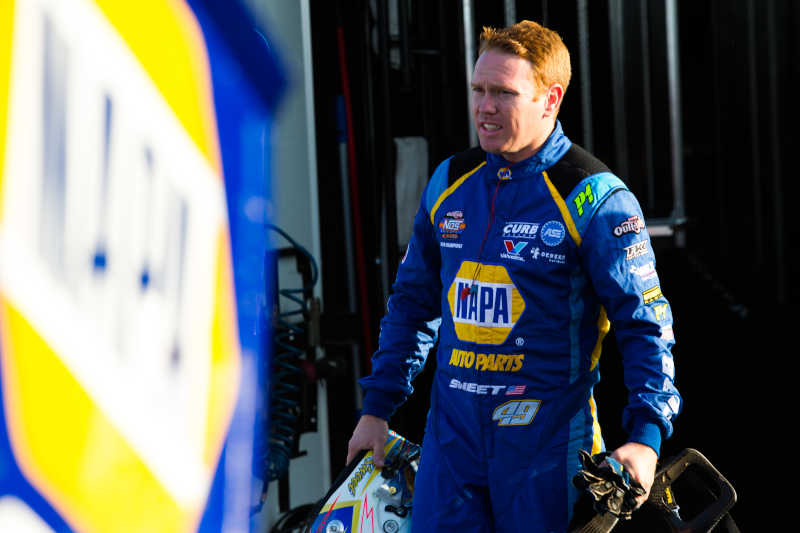 On Friday, the KKR team kicked off the evening by qualifying ninth in the NAPA AUTO PARTS car. This lined Sweet up in third for his eight-lap heat race. The heats were uneventful as all seven cars finished in their starting position. Sweet did not advance to the Fast Pass Dash with the third-place finish and was scored ninth in the starting lineup for the Feature race. 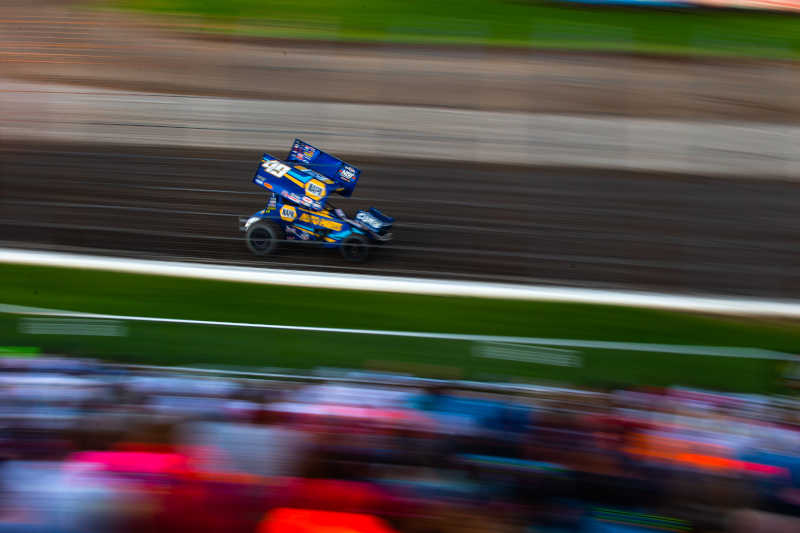 When the 30-lap race went green, the No. 49 car immediately made its way around Kraig Kinser for the eighth spot. The first caution came out 14 laps into the feature. Sweet maintained his track position, but on the restart, he was able to grab two more spots and settle into sixth-place. As the laps continued to wind down, Sweet was able to pick up one more position to finish fifth in the opening night of the Boot Hill Showdown. 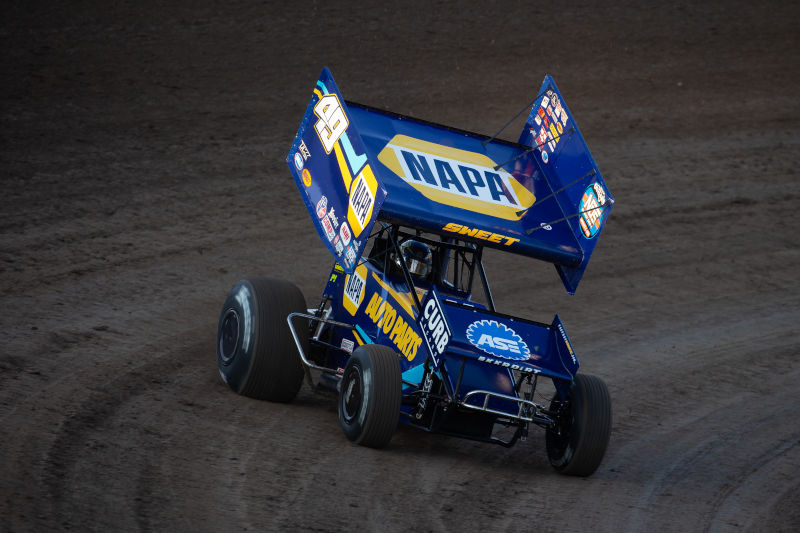 When qualifying rolled around the following day for the second night of racing, Sweet posted a 12.289-second lap, ranking him fifth quickest on time. He lined up in the second position for his heat race. After making his way around Sheldon Haudenschild in the eight-lap shootout, he won his heat and advanced to the Fast Pass Dash. Sweet was handed a fourth-place starting position in the random draw but went on to finish fifth. 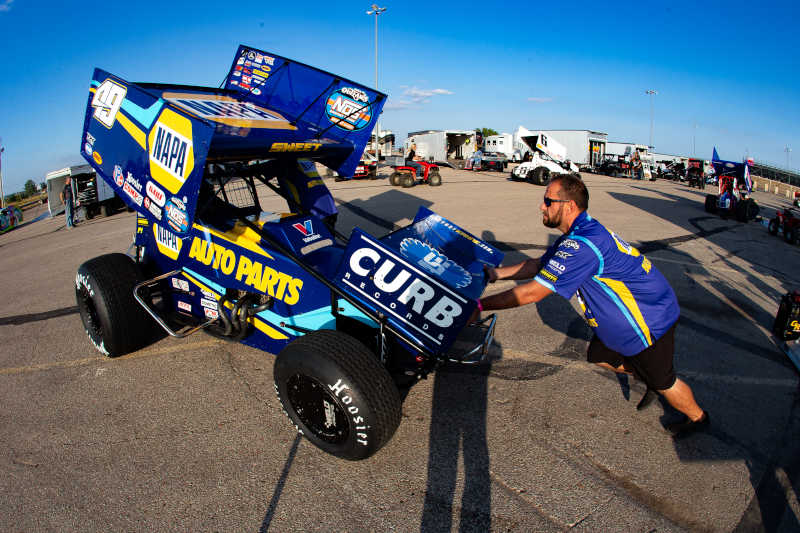 Before the field even made one complete green flag lap in the feature, the caution flag flew. Sweet maintained his fifth-place starting position through the restart. On lap three, he completed a slide job on Logan Schuchart to put him in fourth place. After that pass, there was a long stretch of green-flag racing in which the No. 49 continued to hold on to fourth. The caution finally came out with five laps remaining, but it didn’t affect Sweet. He reclaimed his track position on the final restart, cruising to a fourth-place finish and finishing ahead of his Championship Points rival, Schuchart. 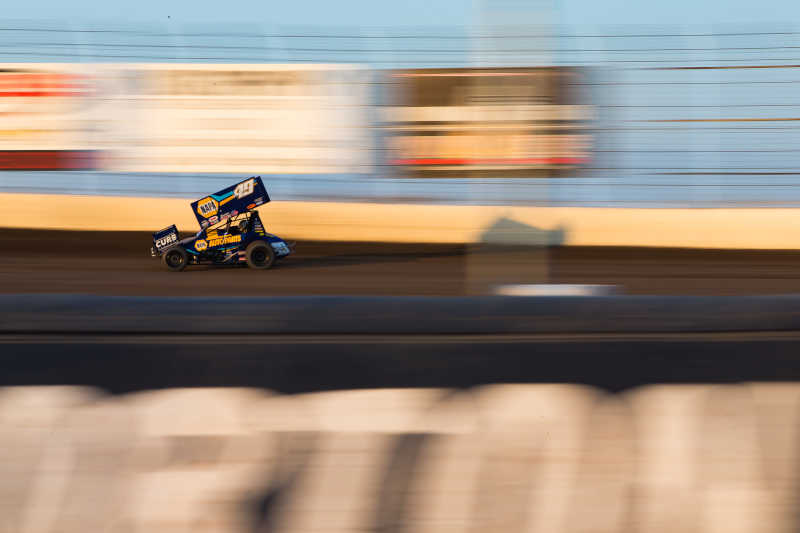 “Overall, I’d say that we had a decent weekend,” said Sweet. “There are some areas that we need to work on and fine-tune as the season winds down, but I have no doubt that this NAPA AUTO PARTS team will continue to bring fast cars and put together solid race weekends. We need to keep working hard and focusing on being consistent. It was hard to pass this weekend, so we’ll take two top-five finishes and shift our focus to next weekend.” 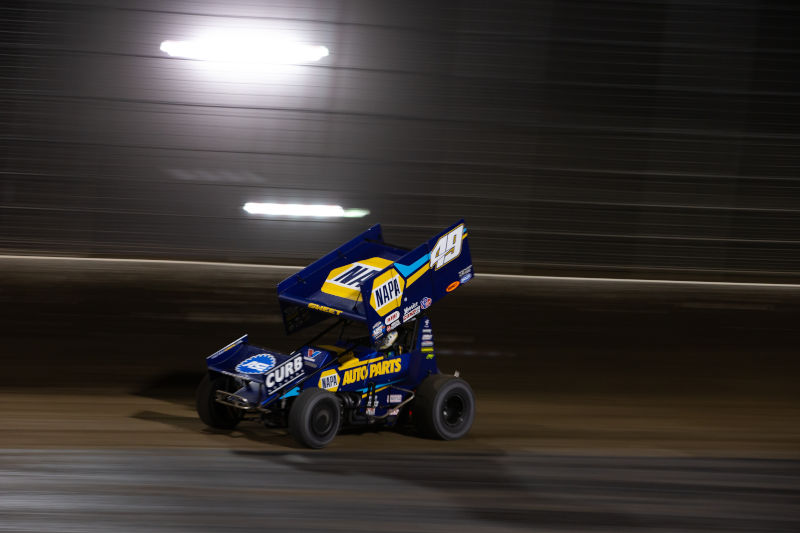 As the season winds down, the Championship Points battle continues to be a tight race. With two top-five finishes over the weekend, Sweet held onto the top spot in the standings, but Schuchart sits only ten points behind him in second. Meanwhile, Donny Schatz sits in third, only 80 points behind Sweet. The points battle will continue to play out as the World of Outlaws NOS Energy Drink Sprint Cars head to Lawton Speedway in Lawton, OK, on Friday, September 18, and then Devil’s Bowl Speedway in Mesquite, TX, for the Texas Outlaw Nationals on Saturday, September 19.