As the series makes their way back east after a long west coast swing, Sweet and ten-time series Champion Donny Schatz have traded the points lead multiple times in the last handful of races. 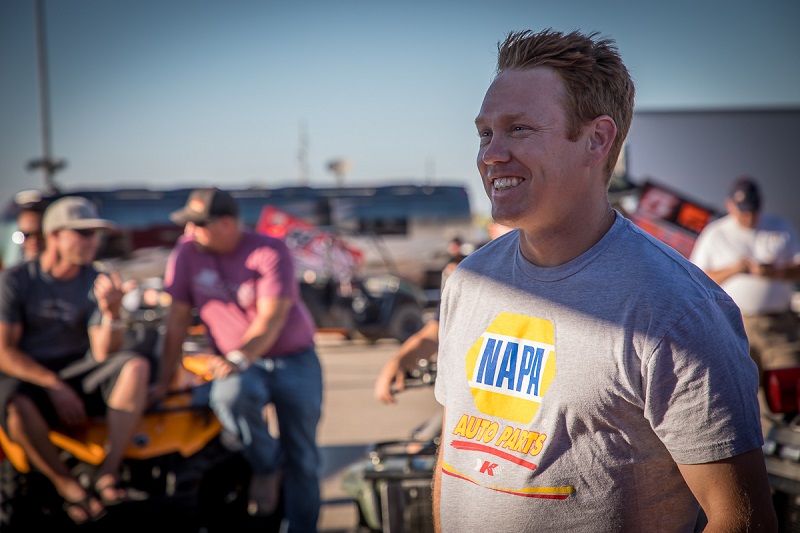 On Friday, the series stopped at Dodge City Raceway in Dodge City, Kan., for the two-day Outlaw Boot Hill Showdown. The No. 49 NAPA AUTO PARTS team qualified tenth-fastest on Friday which lined Sweet up fourth in his heat; there, he advanced to the third position at the end of the eight-lap sprint. Starting seventh in the feature, the field stacked up in front of Sweet at the green. Having no way to avoid the accident, the NAPA car sustained front wing damage. Due to the collision on lap one, Sweet could only hold on for position with an ill-handling car with a severe aerodynamic disadvantage. He ultimately finished the feature in ninth. 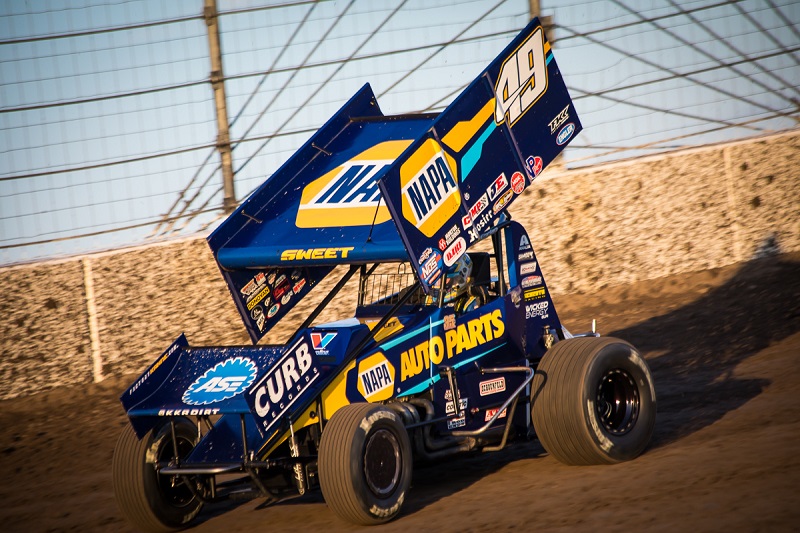 The team looked to rebound on Saturday in the $12,000-to-win feature around the 3/8-mile oval. With high winds in the area, track conditions proved to be tricky the entire evening. Sweet qualified 12th, and starting fourth in his heat, was able to work his way up to the second position to earn a starting spot in the DIRTVision Fast Pass Dash. 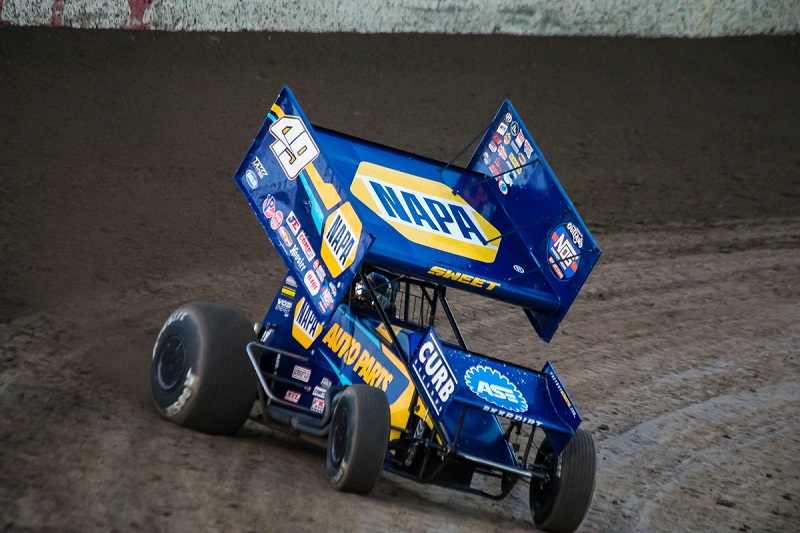 With a stroke of luck, Sweet pulled the pole starting position for the dash. At the drop of the green, the No. 49 Kasey Kahne machine rocketed out to the lead. Winning the six-lap dash, Sweet would then start the 30-lap feature from the inside of the first row.

Having clean air with the high winds proved to be advantageous, and Sweet jumped out to an early one-second lead two laps after the green flag dropped. Not catching any lapped traffic until the tenth circuit around the semi-banked speedway, Sweet methodically worked the high side until a caution fell with 13 laps to go. 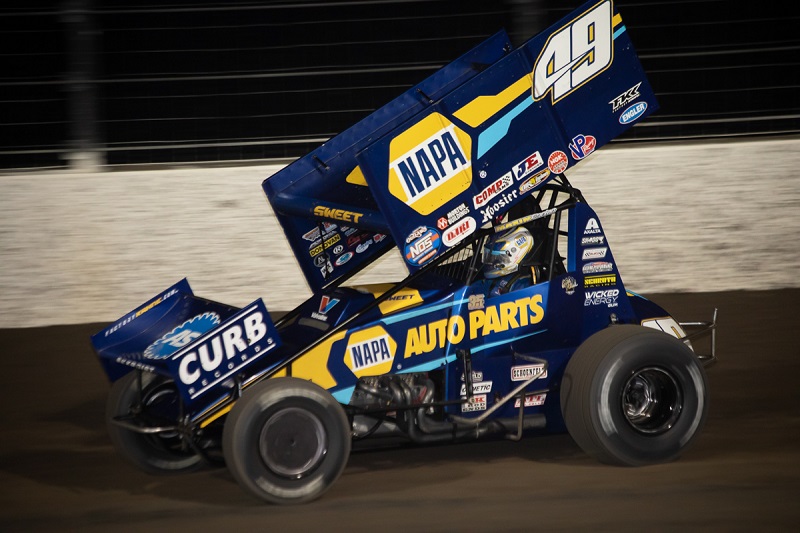 On the restart, Sweet, still working the high groove, extended his lead and began clicking off laps with no pressure from behind. With just a lap to go and a sure victory in sight, the red flag was displayed as a car got upside down in turns 3-4.

With the red flag setting up a green-white-checkered finish, Sweet once again jumped out to a one second lead and brought the No. 49 NAPA AUTO PARTS to victory lane for the 15th time in 2019 and 49th time in his career. 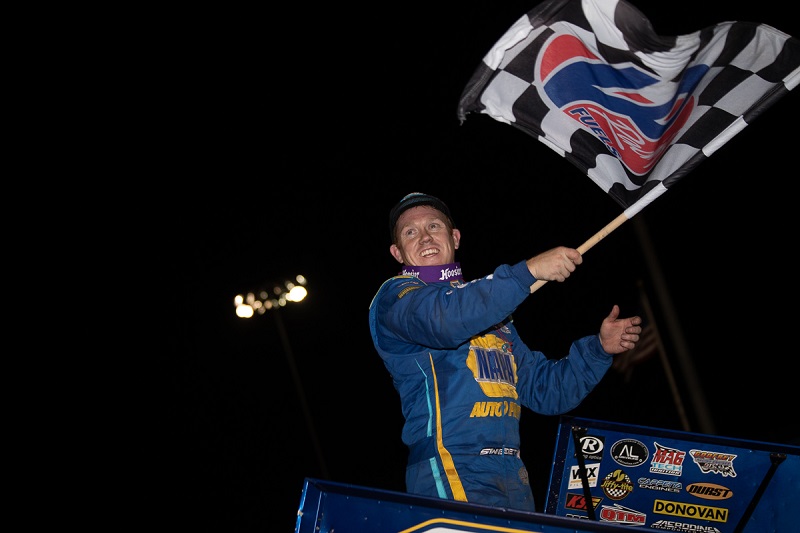 “This hasn’t been my best track, so to get a win here I think is one of those things where we have to take the positive here and just move on to the next one and keep focused on what we’re doing here,” Sweet said. “Sometimes it seems like we’re getting a little off track or getting a little confused and trying things and we just need to stick to what we know and finish the year as strong as possible.” 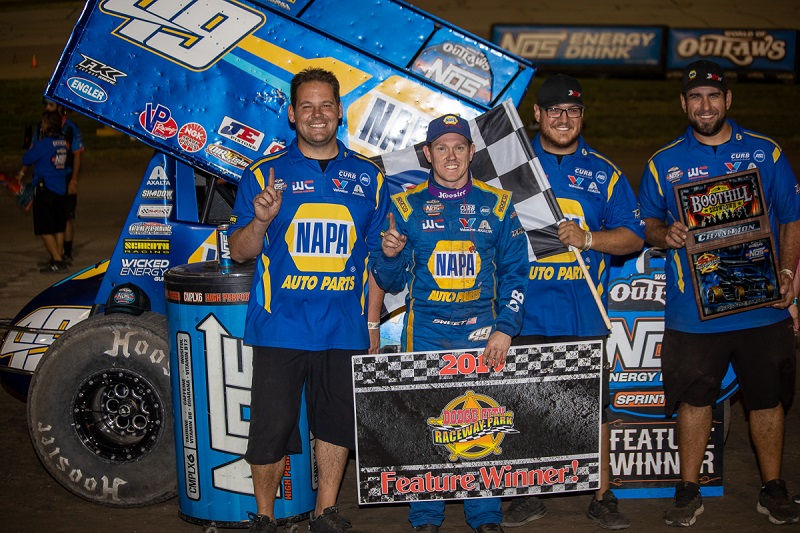 Next Race: September 25, Jacksonville Speedway, Jacksonville, Ill.
How to Watch or Listen: www.dirtvision.com