For the first time in nearly a year and 20 NHRA Mello Yello Drag Racing Series events, reigning Funny Car world champion Ron Capps and the NAPA AUTO PARTS team lost in a first round Sunday in the NHRA Las Vegas Nationals at The Strip at Las Vegas Motor Speedway.

A problem developed in the first round for the NAPA Dodge when the engine lost at least one cylinder that soon left Capps powerless. 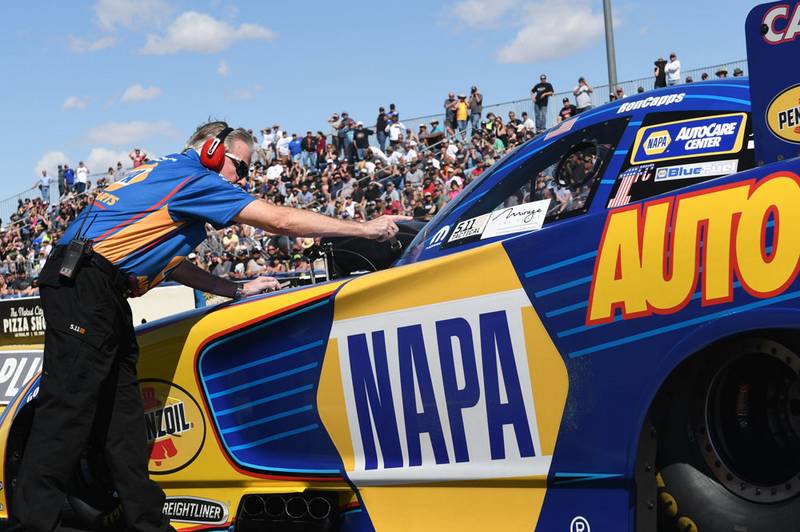 “It is so rare for (crew chief Rahn) Tobler and our NAPA AutoCare team to  put a cylinder out, maybe two, on the left side. I knew it when I hit the throttle but it’s Sunday and there’s not a whole lot you can do.

“It just finally knocked the (supercharger) belt off. That happens, just not very often to us.”

The series resumes in two weeks at Houston. 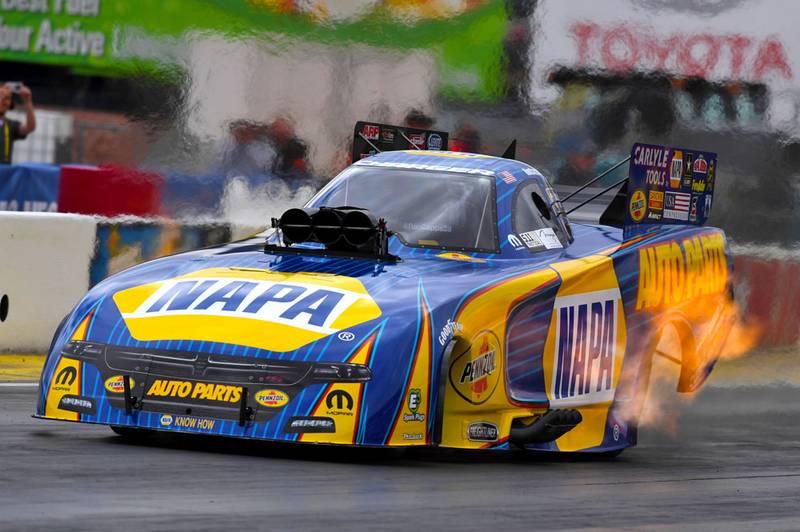 Start/Finish: Qualified No. 4/lost in first round to rookie and event finalist Jonnie Lindberg in first round
Points Earned: 40
Points Standing/Total Points: 4th/275 after four of 24 NHRA Mello Yello events

Next Race: April 21-23, NHRA SpringNationals, Houston
How to Watch or Listen: Fox Sports 1; NHRA All Access 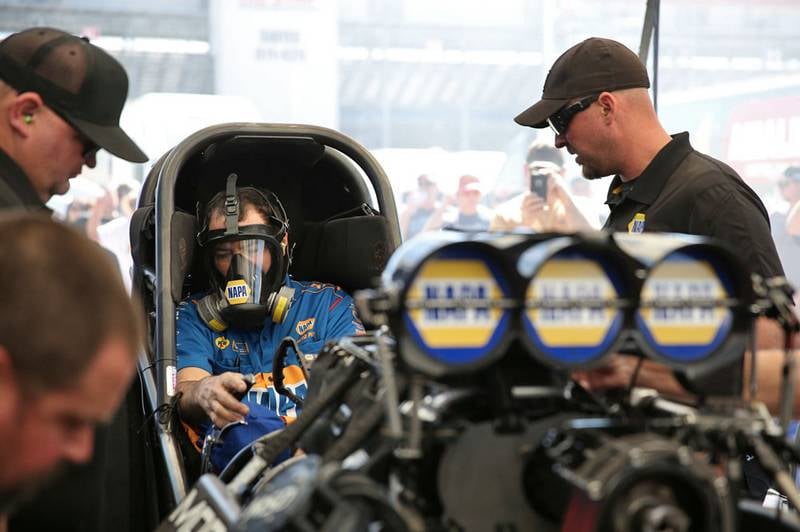