Fresh off a third-place finish in the 60th Annual Knoxville Nationals, Brad Sweet and the NAPA AUTO PARTS / Kasey Kahne Racing No. 49 team remained on the road and headed from Iowa up to Grand Forks, N.D., to begin a three-day stretch of racing through the Dakotas.

Unfortunately, Mother Nature had other plans, and Friday night’s race at River Cities Speedway was rained out due to heavy showers all afternoon. The event has been rescheduled for Wednesday, August 25th. 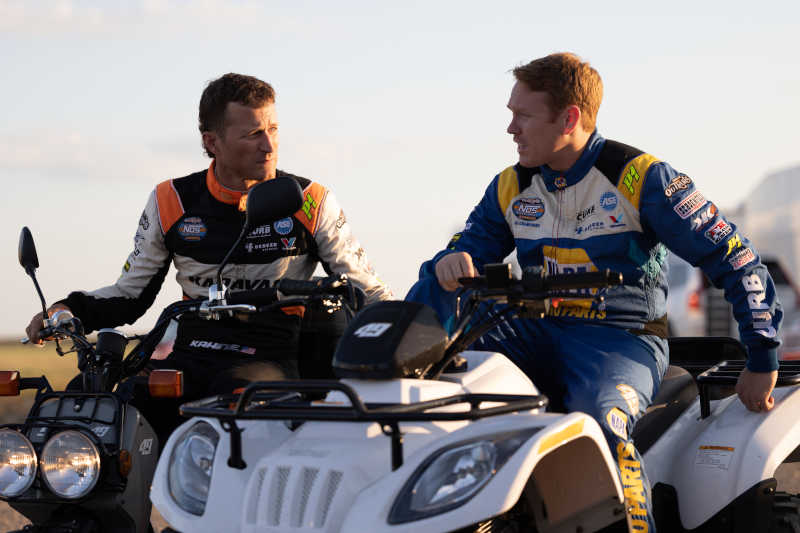 On Saturday, The World of Outlaws NOS Energy Drink World of Outlaw Series stopped at Red River Valley Speedway, a 3/8-mile high-banked oval located at the west end of Fargo. 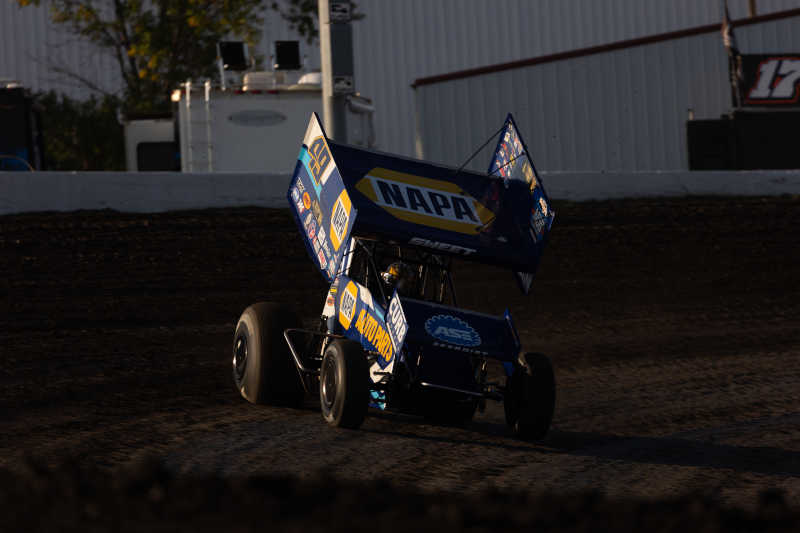 Sweet and the No. 49 began the night by qualifying in the eighth position. The Grass Valley, Calif., native started third in his heat race and, by finishing second in the eight-lap dash, just missed a transfer position to the Fast Pass Dash, which sets the first three rows of the feature event. 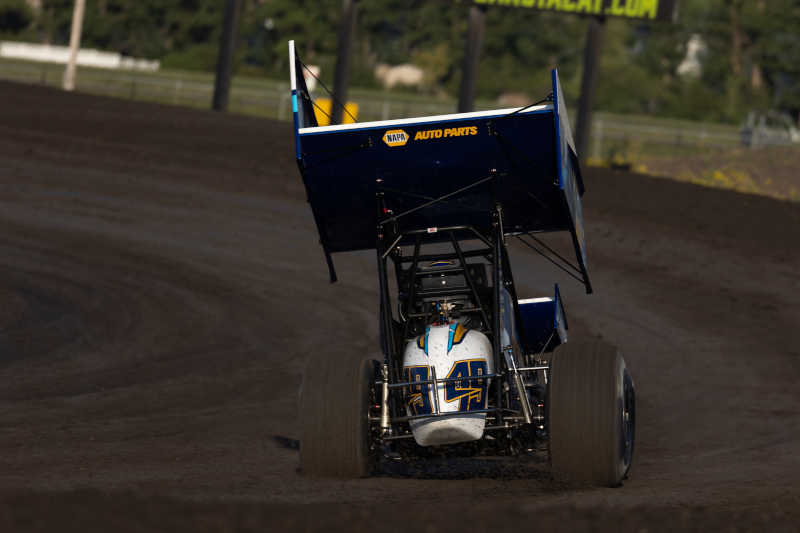 Starting outside the fourth row in the 30-lap race, Sweet slipped back to the ninth position at the drop of the green flag. A quick caution reset the field, and with this restart Sweet retained his eighth position in the running order. 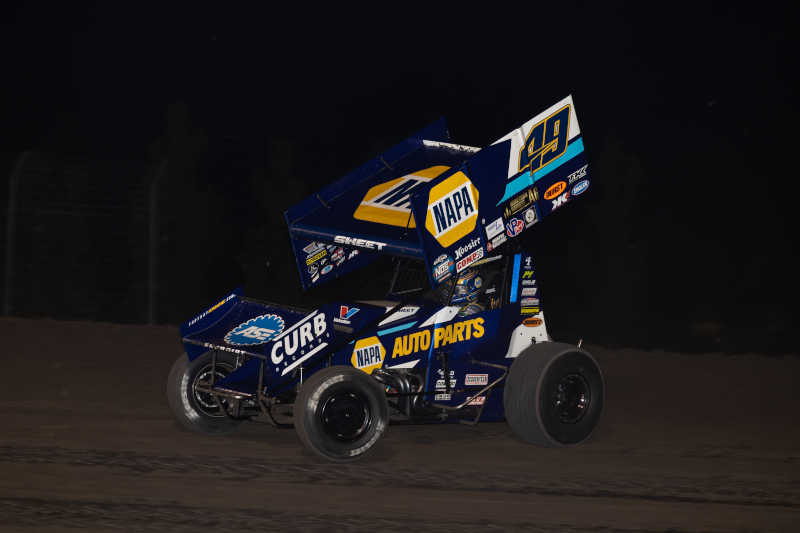 As the laps wound down, Sweet was able to work his way to the sixth position, narrowly missing out on his 37th top-five on the season.

Sunday completed the weekend of racing as the series stopped at Huset’s Speedway, located 250 miles south of Red River Valley in Brandon, S.D. 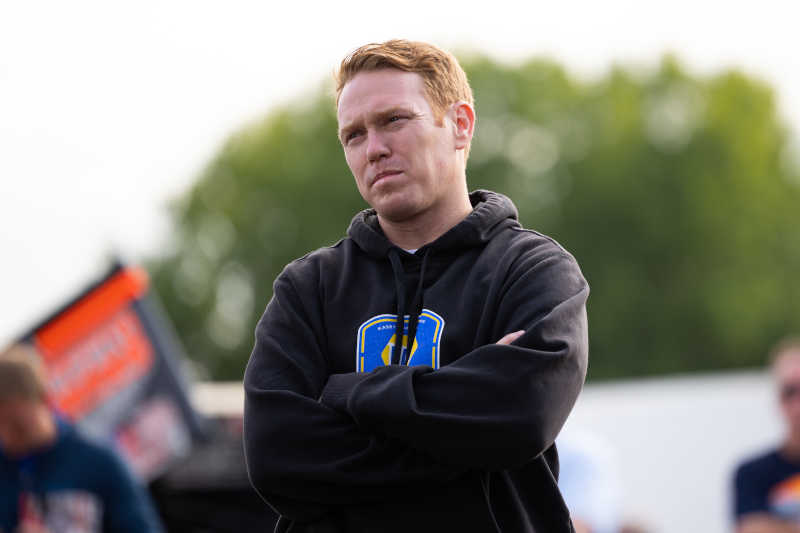 With a late qualifying draw, Sweet qualified with the ninth-fastest lap around the 3/8-mile track. Starting third and finishing third in his heat race, the defending and two-time series champion earned a starting position on the inside of the fifth row for the feature. 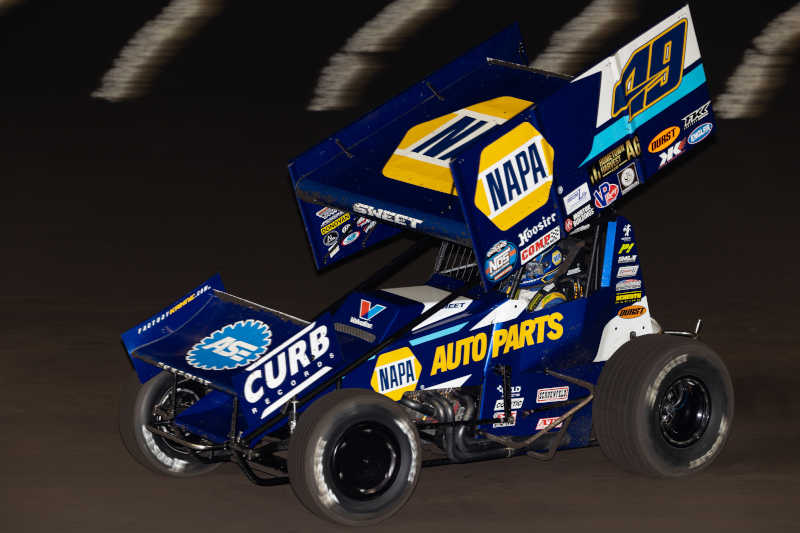 Starting deeper in the field, Sweet once again battled for the entire 35-lap feature, ultimately advancing to the eighth position to  earn his series-leading 47th top-ten finish of the season. 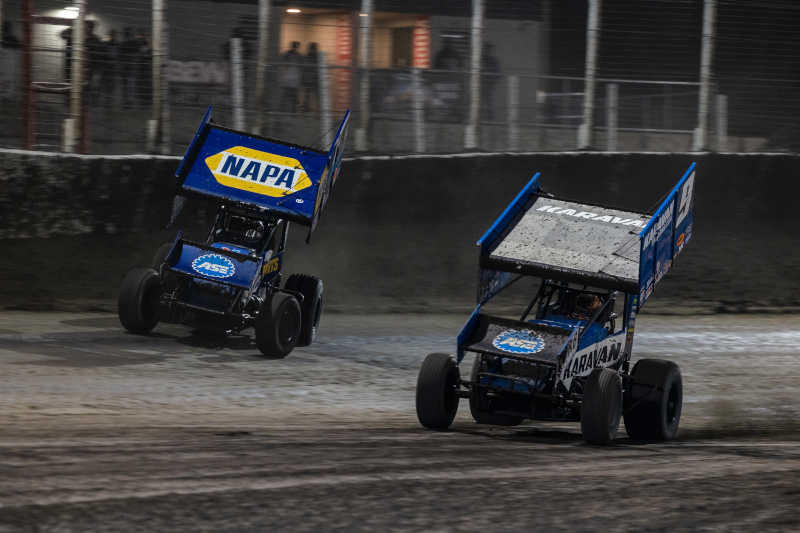 The World of Outlaws return to action on Wednesday, August 25 with the make-up event at River Cities Speedway, then heads to I-80 Speedway in Greenwood, Neb., on Friday August 27.